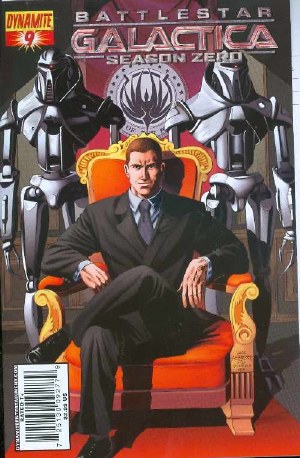 (W) Brandon Jerwa (A) Jackson Herbert (CA) Photo Cover, Jackson Herbert. by Brandon Jerwa & Jackson Herbert The countdown has begun! The 12-issue 'season' of New Battlestar Galactica: Season Zero races towards its apocalyptic conclusion in this final story arc! Under the guiding hand of writer Brandon Jerwa, joined by artist Jackson Herbert, Season Zero has been praised for continuing the 'unseen' stories of the Galactica Universe. Now, with issue #9, the threads begun in issue #0 continue to wind together as Adama must face the growing presence of Byron Dane, who also happens to be on the radar of the human model Cylons living among the colonies! Featuring two covers, one by Herbert and the other a Galactica Photo Cover!