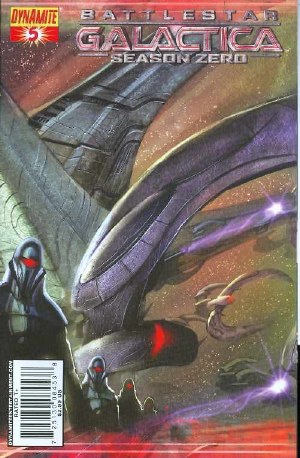 (W) Brandon Jerwa (A) Jackson Herbert (CA) Stjepan Sejic, Various. by Jerwa & Herbert Features the first missions of the Battlestar Galactica and her crew, including Commander Adama, Starbuck, Apollo, and more! Adama comes face to face with a terrorist Army as he deploys himself Kara, Hadrian, Cottle, Helo and a team of Marines to take on the terrorists headquarters. But when push comes to shove, can Adama pull the trigger on his former Commander? Featuring cover art by Stjepan Sejic, Adriano Batista, Jackson Herbert and a photo cover!