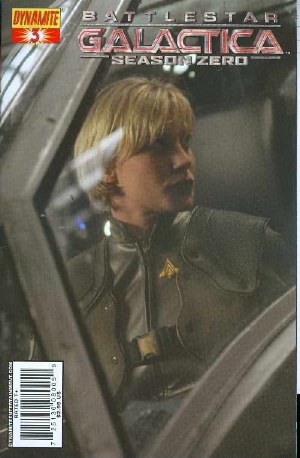 (W) Brandon Jerwa (A) Jackson Herbert (CA) Stjepan Sejic, Various. by Brandon Jerwa & Jackson Herbert This brand-new series features the very first missions of the Battlestar Galactica and her crew, including Commander Adama, Starbuck, Apollo, and more! In issue #3, a series of terrorist attacks takes place across the colonies, and the crew of the Galactica is in charge of the investigation. During the action, we see the BSG debuts of Sharon and Dualla, as they come aboard. Featuring four stunning covers by Stjepan (The Darkness) Sejic, Adriano (Jungle Girl, Red Sonja) Batista, and Stephen Segovia, plus another great Photo Cover! Also available in a special Foil Cover edition!