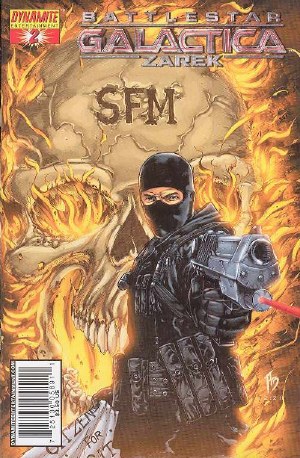 (W) Brandon Jerwa (A) Adriano Batista, Aries Mendosa (CA) Adriano Batista, Stjepan Sejic. by Brandon Jerwa & Adriano Batista As the first Cylon War draws to a close, Tom Zarek begins to walk the line between revolutionary and terrorist. Zarek's 'Sagittaron Freedom Movement' will begin its rise to power, making him a hero to some and a menace to others; but his burgeoning empire might crumble from the inside if he's not careful! Passion, betrayal and violence all play their parts as the origin tale of this enigmatic Battlestar Galactica character continues! Written by Brandon Jerwa, illustrated by Adriano Batista and featuring stunning and cinematic covers by both Batista and Stjepan Sejic, Zarek is a must-read!